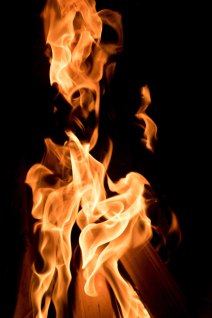 It’s funny how the Lord leads you to different thoughts, views and considerations. This morning I was reading The Three Heavens by Pastor John Hagee and found myself in a section about what we will see in heaven which was based upon sound scriptural doctrine. I read about horses, which didn’t surprise me as like many Christians, I have read about the horses that Jesus Christ and the armies of heaven will ride on in the final battle of Armageddon (Revelation 19:11-14). However, I couldn’t quite recognise the link to the book of 2 Kings chapter 2. As I went to 2 Kings 2:11 I found that the reference was to the chariot of fire with horses that were sent to take the wise and anointed prophet of God named Elijah to heaven in a whirlwind. It was at this point that my journey into the questions began…

As I read beyond the chariot I was captivated by Elisha’s lament for his former leader, whom he called ‘father’. His lament gave weight to the depth of relationship that I believe the two of them shared and I was mindful that that the two were somewhat inseparable as we see from Elisha’s statement that he would not leave Elijah, despite Elijah’s requests in the earlier part of chapter 2. I was reminded of the summary of the blessed man or woman in  Psalm 1 and how the impact of the company we keep or allow to influence us sets our paths, either for good or for ill.

So, Brother Don, where are we heading with the heavenly host issue, I hear you ask. Well I’m glad you asked that… as I continued reading into 2 Kings chapter 3 I was reintroduced to a biblical figure of whom I have a lot of respect for – King Jehoshaphat.

King Jehoshaphat ascended the throne at the age of thirty-five and reigned for twenty-five years. He spent the first years of his reign fortifying his kingdom 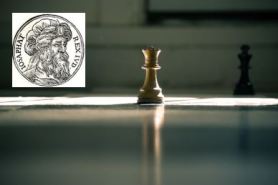 against the Kingdom of Israel. His zeal in suppressing the idolatrous worship of the “high places” is commended in 2 Chronicles 17:6.[2] In the third year of his reign Jehoshaphat sent out priests and Levites over the land to instruct the people in the Law, an a

ctivity that was commanded for a Sabbatical year in Deuteronomy 31:10–13. The author of the Books of Chronicles generally praises his reign, stating that the kingdom enjoyed a great measure of peace and prosperity, the blessing of God resting on the people “in their basket and their store.” (Wikipedia, 2018)

I admire most King Jehoshaphat’s heart for God: his determination to do things the right way, God’s way and the fact that he was not perfect – he made some questionable choices, as do we all. One such choice was his giving of his son (Jehoram) in marriage to king Ahab and Queen Jezebel’s daughter (2 Kings 8:16-18) which tied Jehoshaphat into an unhealthy family allegiance with King Ahab, which almost cost Jehoshaphat his life when accompanying his ally to the siege of Ramouth-Gilead (see 2 Chronicles 18:31-19:4). King Ahab and Queen Jezebel were Baal worshippers and led Israel into idolatry; a pretty despicable couple and Ahab is considered one, if not the worst king of Israel, yet king Jehoshaphat aligned himself to him through marriage. But with that said we still see in King Jehoshaphat, a king of whom it was said: “good things [are] found in you… you have set your heart to seek God” (2 Chronicles 19:4), as told him by Jehu the seer. I am also mindful that I am not to look at the speck in king Jehoshaphat’s eye, when I have a timber mill in my own (Matthew 7:3-5).

I have digressed, and not for the first time – will try better… So I was in 2 Kings chapter 3 and Elisha was now God’s mighty prophet on the earth, having superseded Elijah. King Jehoshaphat had agreed through family allegiance to follow King Jehoram of Israel (who did evil in the sight of the Lord, due in the main to his Baal-worshipping wife) into battle against the Moabites. As they were to travel to this battle by way of the wilderness of Edom, they embroiled the king of Edom into the escapade. After seven days travel, they found that there was no water for the army or cattle and were destined for failure, and it was at this juncture that we see the value of a person with a true heart for God.

Jehoram, Baal-worshipping king of Israel, was saying that the alliance was ‘doomed’, the king of Edom who is not named in this carry on-typically said nothing, but King Jehoshaphat asked, “is there no prophet of the Lord here from whom we may inquire of the Lord?” (2 Kings 3:11). As soon as it was said that Elisha who used to pour water on Elijah’s hands was in the land, King Jehoshaphat knew that the word of the Lord was with Elisha and wanted to hear his advise (2 Kings 3:12). 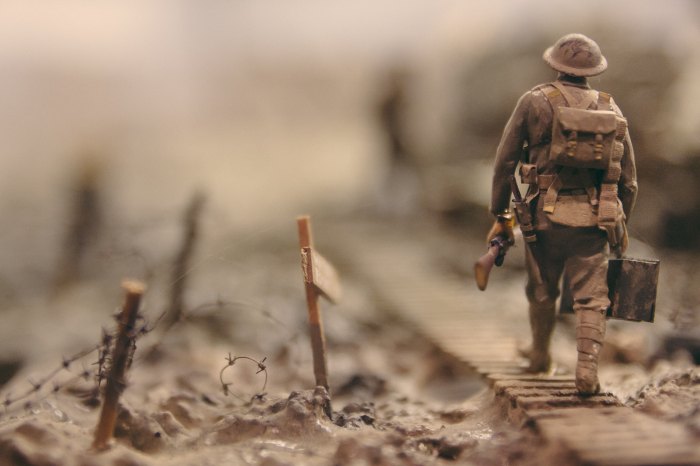 This whole military campaign was hinged upon the alliance getting water and, in my opinion, they had no right to expect that God would have any consideration for a Baal-worshipping kings’ campaign against another idolatrous nation; however, we see God’s grace towards this alliance because of one man, a man who depended upon and knew how to seek the Lord.

Elisha made it quite clear that he held king Jehoram in contempt, “what business do you have with me? Go to the prophets of your [pagan] mother [Jezebel]” (2 kings 3:13) and only consulted the Lord due to Jehoshaphat’s presence for whom Elisha had regard for (2 kings 14).

To understand better King Jehoshaphat’s dedication, we need to see his prayer for his nation when the Moabites, along with an alliance of their own, sought to wipe out the nation of Judah (2 Chronicles 20).

5 Then Jehoshaphat stood in the assembly of Judah and Jerusalem, in the house of the Lord in front of the new courtyard, 6 and said, “O Lord, God of our fathers, are You not God in heaven? And do You not rule over all the kingdoms of the nations? Power and might are in Your hand, there is no one able to take a stand against You. 7 O our God, did You not drive out the inhabitants of this land before Your people Israel and give it forever to the descendants of Your friend Abraham? 8 They have lived in it, and have built You a sanctuary in it for Your Name, saying, 9 ‘If evil comes on us, or the sword of judgment, or plague, or famine, we will stand before this house and before You (for Your Name and Your Presence is in this house) and we will cry out to You in our distress, and You will hear and save us.’ 10 Now behold, the sons of Ammon and Moab and Mount Seir, whom You would not allow Israel to invade when they came from the land of Egypt (for they turned away from them and did not destroy them), 11 here they are, rewarding us by coming to drive us out of Your possession which You have given us as an inheritance. 12 O our God, will You not judge them? For we are powerless against this great multitude which is coming against us. We do not know what to do, but our eyes are on You.”13 So all Judah stood before the Lord, with their infants, their wives, and their children. 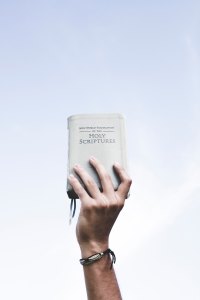 14 Then in the midst of the assembly the Spirit of the Lord came upon Jahaziel the son of Zechariah, the son of Benaiah, the son of Jeiel, the son of Mattaniah, a Levite of the sons of Asaph. 15 He said, “Listen carefully, all [you people of] Judah, and you inhabitants of Jerusalem, and King Jehoshaphat. The Lord says this to you: ‘Be not afraid or dismayed at this great multitude, for the battle is not yours, but God’s. 16 Go down against them tomorrow. Behold, they will come up by the ascent of Ziz, and you will find them at the end of the river valley, in front of the Wilderness of Jeruel. 17 You need not fight in this battle; take your positions, stand and witness the salvation of the Lord who is with you, O Judah and Jerusalem. Do not fear or be dismayed; tomorrow go out against them, for the Lord is with you.’” 18 Jehoshaphat bowed with his face to the ground, and all Judah and the inhabitants of Jerusalem fell down before the Lord, worshiping Him. 19 The Levites, from the sons of the Kohathites and the sons of the Korahites, stood up to praise the Lord God of Israel, with a very loud voice.

It is my view that the heavenly hosts were rooting for the likes of King Jehoshaphat at every twist and turn of his God-seeking rule in spite of some of his bad choices.

It was these considerations as I voyaged through the word, that lead me to my questions:

Whatever you may be facing, know that the Lord of the heavenly hosts fights for you when you commit your life to Jesus. He sends the angel of the Lord ahead of you to blow away those spiritual forces that are fighting against you (Psalm 35:5-6).

He will save you as He did king Jehoshaphat, when he called out “…but Jehoshaphat called out [for God’s help], and the Lord helped him; and God diverted them away from him.” (2 Chronicles 18:31).

“10 In conclusion, be strong in the Lord [draw your strength from Him and be empowered through your union with Him] and in the power of His [boundless] might.” (Ephesians 6:10) Always remembering that the enemy we fight is defeated, disarmed and judged (Colossians 2:15).

1 Thessalonians 5:21 (New Living Translation)
‘But test everything that is said. Hold on to what is good.’

One thought on “What company do you keep and what are the heavenly hosts saying of you?”

This site uses Akismet to reduce spam. Learn how your comment data is processed.

Please prayerfully consider supporting those who are out there doing the Lords work.